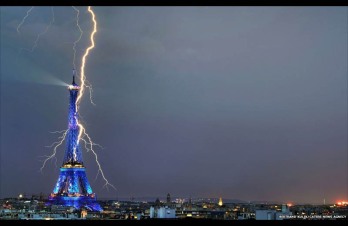 Auburn started off the year 2011 by winning their second National Championship, and they just ended the year with a win over Virginia in the Chick-Fil-A Bowl. Not too bad of a year if your an Auburn fan, right? Alabama started off 2011 by beating Michigan State in the Capital One Bowl on New Years Day, and now they are preparing to face LSU for this season’s National Championship. Not a bad year for an Alabama fan, right?

In the state of Alabama, a good football season means that it has been a good year. Maybe your a fan of pro sports though? The Dallas Mavericks beat out the Miami Heat to win the franchises first NBA championship. The St. Louis Cardinals came from behind to win game six of the World Series in dramatic fashion to tie the series with the Texas Rangers and then would take game 7 to win the 2011 World Series. The Packers’ Aaron Rodgers helped bring the Super Bowl trophy back to Green Bay for the first time since the Favre era.

But 2011 wasn’t all about sports — a team of Navy SEALS invaded Osama bin Laden’s compound and killed him, Casey Anthony was found not guilty in the murder of her 2-year-old daughter Caylee, Libyan leader Moammar Gadhafi was killed by Libyan rebels, “The Royal Wedding” took place as Prince William of England married Catherine Middleton, and more than 15,000 people died and 5,000 people are still missing after a tsunami struck Japan.

April 27, 2011 will forever be a day not forgotten in Alabama as tornadoes ravaged through the state. Over 60 tornadoes hit the state killing around 250 people, injured another 2,000, and destroyed almost 8,000 homes. The tornadoes hit 43 of the 67 counties and was deemed Alabama’s top story of the year by The Birmingham News.

This year has been good to me as I finally reached one of my lifetime goals by becoming a college graduate. I’ll start the new year off by trying to decide what the next step is that I take in life. God has always provided for me and I trust in him that he will show me the right path to follow in 2012.

I hope that this year has provided you with much laughter and success, and I wish all of that and more to you all in the coming year. I know that 2012 holds many great things for us all, and I cant wait to see how it all unfolds. Don’t be afraid to take chances and chase your dreams this year — make 2012 your best year! Happy New Years!