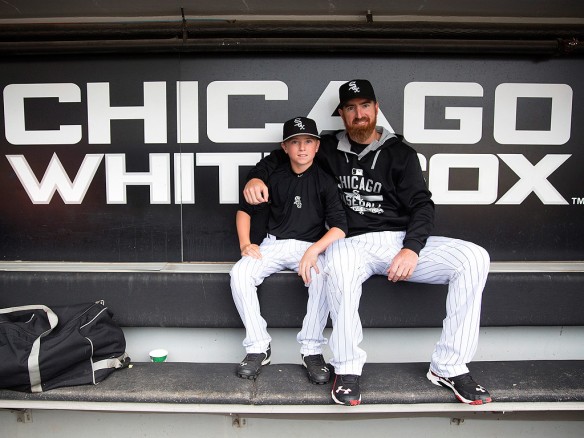 I wanted to stay away from this story, but the story just won’t go away. By now you’ve heard of Adam LaRoche and his decision to step away from Major League Baseball. Adam retired from baseball and gave up a $13 million contract after his team, the Chicago White Sox, told him that his 14-year-old son was no longer welcomed in the clubhouse.

His decision came from a disagreement between him and team vice president Ken Williams. LaRoche claim his son, Drake, has been a regular presence in the White Sox locker room, and the organization agreed that he could be around the team prior to LaRoche signing a contract. He also said that there has been no problems from teammates regarding his son in the clubhouse.

In a statement released by LaRoche, he said Williams wanted him to scale back the time that his son spent inside the clubhouse and later told him that he was no longer welcomed at the ballpark.

“Prior to signing with the White Sox, my first question to the club concerned my son’s ability to be a part of the team. After some due diligence on the club’s part, we reached an agreement. The 2015 season presented no problems as far as Drake was concerned. (My bat and our record are another story!)

With all of this in mind, we move toward the current situation which arose after White Sox VP Ken Williams recently advised me to significantly scale back the time that my son spent in the clubhouse. Later, I was told not to bring him to the ballpark at all. Obviously, I expressed my displeasure toward this decision to alter the agreement we had reached before I signed with the White Sox. Upon doing so, I had to make a decision. Do I choose my teammates and my career? Or do I choose my family? The decision was easy, but in no way was it a reflection of how I feel about my teammates, manager, general manager or the club’s owner Jerry Reinsdorf.

The White Sox organization is full of people with strong values and solid character. My decision to walk away was simply the result of a fundamental disagreement between myself and Ken Williams.”

The full statement can be found here.

Ken Williams does have a point though — the clubhouse is no place for kids. Having a kid in the clubhouse can be seen as a distraction, especially when the team is coming off a season with more losses than wins. This is still considered a workplace, and the players should be focused on work when they are at the ballpark. 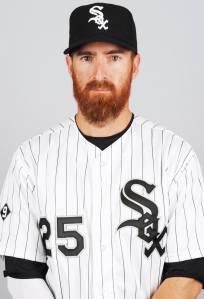 Adam’s situation is different than most of ours. Playing baseball can be tough on a family. The Major League Baseball season consists of 162 games for each team spanning over a 6 month period. About half of those games are played away. There have been many players that have paid for their families to travel to the same city in which the team was playing. Many of the players make millions which allow them to easily pay for the family to travel.

LaRoche has performed well in his career, and has earned more than $50 million. Walking away from $13 million can’t be easy, but Adam showed that placing your family first should always be an easy decision. Adam can now spend more time with his son and family without worrying about disrupting the players or the organization.